Over the last 50 years, a network of more than 200 schools inspired by the teachings of Saint Josemaría Escrivá has been launched around the world to promote an integral liberal arts education that forms boys and girls into men and women of character. These schools are found in strategic cities in order to influence the formation of future leaders across culture, politics, and business. The Hawthorn Foundation has been charged with bringing the success of these schools to other strategic cities of influence, starting with the New York metropolitan area.

The word education derives from both the Latin word “educare,” which means to train, and from “educere,” which means to draw out knowledge as in the Socratic method. Authentic education is the process that prepares individuals to flourish as human beings from an intellectual, physical, moral and spiritual point of view. It is our mission to accompany parents to provide this integral education of their children, so they become men and women who imbue society with virtue and an optimistic attitude towards life’s challenges. 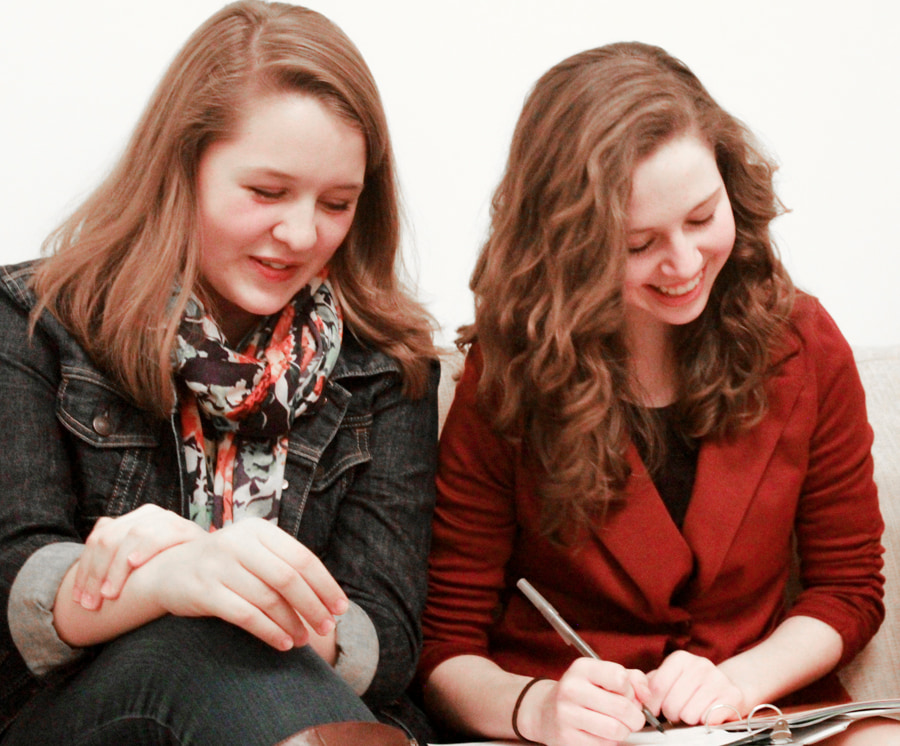 The most well-known and emblematic of the schools we support in the United States is undoubtedly The Heights School in Potomac, Maryland. The Heights, strategically located outside of our nation’s capital, attracts students from inner city families to those of affluent and influential backgrounds, all of whom attend the best universities in the country. The Hawthorn Foundation builds upon the proven track record and curriculum of The Heights to offer the same integral education in the environs of our nation’s most important business and financial hub: New York City.

The most well-known and emblematic of the schools we support in the United States is undoubtedly The Heights School in Potomac, Maryland. The Heights, strategically located outside of our nation’s capital, attracts students from inner city families to those of affluent and influential backgrounds, all of whom attend the best universities in the country. The Hawthorn Foundation builds upon the proven track record and curriculum of The Heights to offer the same integral education in the environs of our nation’s most important business and financial hub: New York City.

From Such Great Heights

A look into the successes of our model school

of Universities in the Country

“The great Saint Pope John Paul II remarked that the trouble today is that man does not know who he is or why he exists. This ignorance is most devastating to young men and women as they search for answers to life’s deepest questions. That is why they need a liberal arts curriculum that will form their minds and hearts to understand who they are and why God created them. That is why they need an educational program that promotes a truthful and respectful engagement with others and the world around them. And that is why the society they will soon shape needs the schools that the Hawthorn Foundation will provide.”
- ALVARO DE VICENTE
HEADMASTER, THE HEIGHTS SCHOOL

Why the New York Metropolitan Area?

In order to influence culture, politics, and business, one must go to the heart of their origin, to the places where thought leaders live, work, and study. For decades, New York has attracted the most successful and influential business professionals in the country and the world. Nowhere in the New York metropolitan area is there a school that combines a commitment to an integral education in the liberal arts with an equally firm commitment to orthodox Catholic formation. Our new school aims to fulfill these commitments for the New York metropolitan area and educate the future business leaders of the world.

Thanks to generous and early leaders we’ve already received commitments for more than $9M. In addition to this early financial success, we’ve also received overwhelming interest from parents of children within the area who have expressed a strong desire to send their children to our school. These early successes confirm demand to found a school of The Heights’ caliber in the New York metropolitan area.

“The highest and best purpose of a liberal arts education for young men and women is to cultivate in their hearts and minds both a deep appreciation of all the beauty and order created by God as well a firm understanding of what best advances the dignity and worth of the human person. The Hawthorn Foundation is pursuing this noble goal by giving students an education imbued with the right training, a healthy freedom, and inculcation of personal responsibility.”
- LEONARD LEO
CHAIRMAN, CRC ADVISORS

We have identified mutiple parcels in the New York metropolitan area suitable for our needs. These have been selected for their acreage and for the beauty of their surroundings. This will allow students to cultivate a sense of wonder and engage in outdoor activities which we believe help build toughness, selflessness, and magnanimity.
$25.5M

Site work, development and modification of existing structures for classrooms, meeting rooms, offices, and other educational purposes including a chapel and a library.
$14.5M

Construction of a multipurpose gym and sports fields.
$40M

Endowment for Financial Aid and Scholarships

Creation of an endowment to offer families financial aid and scholarships.

This campaign isn’t successful, what’s the loss to our society?

Many consider the New York metropolitan area to be among the great cultural capitals of the world, yet it lacks one of the critical elements of a thriving society: influential educational institutions that promote a view of human dignity rooted in Christian values and fulfilled in the service of man and the glory of God. The most fundamental of these institutions are elementary and secondary schools. At their best these exist to support their students’ parents, who are the primary educators of their children and the leaders of their families, which are the most fundamental units of society. In order to establish a thriving society, children from their youngest years must be formed in the pursuit of truth, goodness and beauty. This is the mission of schools inspired by the teachings of St. Josemaría Escrivá. Without schools like these, and as faith and moral values continue to decline, the preeminent city in the United States will remain without one of the great beacons of hope for human flourishing: schools of the highest caliber that value academic excellence as highly as the formation of character.

"In the 1960s the Harvard College admissions office realized that every inner city student from Washington, D.C. who had been admitted had gone through a supplementary education program called The Heights, which in 1969 became the School. They sent an admissions officer to find out what on earth was being done so well!"

The campaign succeeds, how does it renew our society?

Over the past 50 years, our directors and advisors have launched a network of top tier classical liberal arts schools that has been sending inner city students to the best universities in the country. These 8 schools and their inner-city programs create educational opportunity and breakthrough results through character formation and the development of noncognitive attributes like grit, creativity, self-control, honesty, humility and a growth mindset. While the cost of educating the students, from inner city families to those of affluent backgrounds, is in line with the national average, the students are given an education that competes with the nation’s elite schools, aiding them in the classical pursuit of truth, goodness and beauty. The schools also offer formation to parents and faculty and have hosted seminars for teachers from over 80 countries and organizations including Teach for America, KIPP and Great Hearts. At our New York metropolitan location, we will integrate a contingent of students each year from organizations like the South Bronx Educational Foundation, an inner-city program in NYC that has delivered both academic programming and character formation to over 10,000 students and sustained a 100% high school graduation rate since 1988.